Review of "Hallways in the Night"

While this book is not technically a sports book, there are many baseball references and aspects to this outstanding legal thriller.  Therefore, when the author sent me a copy to review for this blog, I gladly accepted.  I wish to thank Mr. O'Leary for a copy of this book in exchange for an honest review. 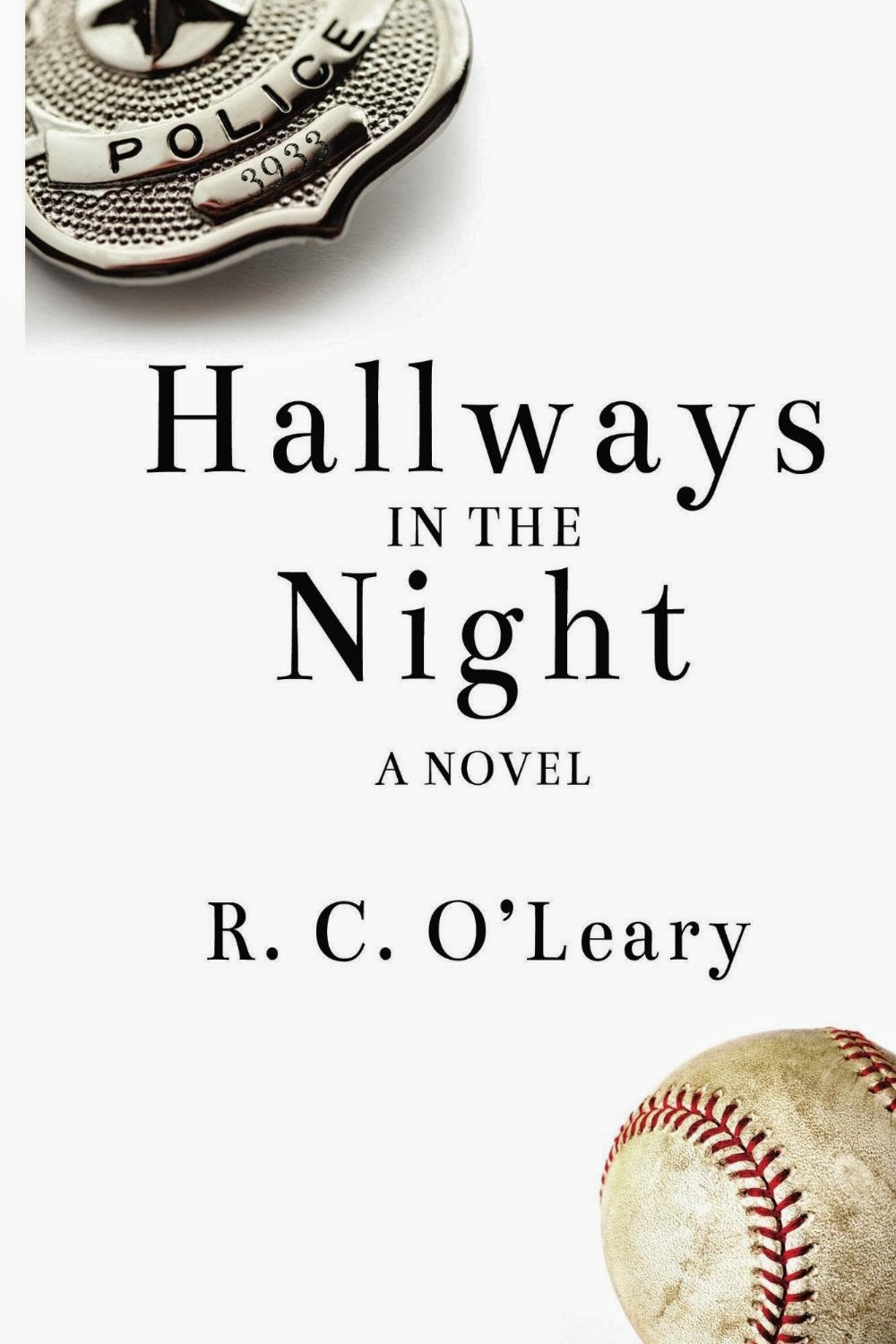 Title/Author:
“Hallways in the Night” by R.C. O’Leary

Review:
A superstar baseball, Remo Centrella, player is chased into the parking lot of the stadium by a police officer, Dave Mackno, who leaves a stakeout to follow him there.  A woman is in the car with the baseball player and appears to be in distress. The officer tries to see if everything is okay, a scuffle breaks out with the Centrella in a rage and the end result is that he is shot dead by Mackno. The officer, while cleared by Internal Affairs, is charged with murder in Centrella’s death and that it was not a matter of self-defense.

Sounds like a typical legal novel, right?  Well, yes and no.  While many of the usual aspects of a good legal thriller are present in this novel, author R.C. O’Leary adds even more layers of topics to this fast paced and riveting story. One of the topics addressed in the book, and why it is being reviewed for this blog, is the use of performance enhancing drugs in baseball. Centrella could be considered much like Barry Bonds for the home run records he set and how fast he did it.  Like Bonds, Centrella is never “caught” by a formal drug test.  Like Bonds, he gets in a fight with teammate (later used as the trial as evidence) and has a not-so-sterling reputation. The trial’s testimony also included an expert in the use of PED’s.  Part of this section talks about “roid rage” that allegedly is why Centrella was so angry during the altercation.

The writing on this and other controversial topics, such as race relations, adultery, excessive force used by police and courtroom process. Legal experts may find some passages do not conform to standard practice, but the author does acknowledge this. As I don’t consider myself an expert in the field, I would not have known this without reading that part.

The story moves along well and flashbacks to past events that were relevant to the story were well written and well placed.  However, what really set this legal thriller apart from others I have read for me was that after the verdict was reached, Mackno and the district attorney Maurice Bass got on the same elevator.  The conversation that took place there was an even better finale to the story than the verdict.  Outstanding story that should be read by all fans of legal thrillers.

Were the characters realistic?
Yes.  While some may feel that several of them would fall under stereotypes, I felt each one of the main characters – those that were in the courtroom for the trial as well as Remo Centrella – were portrayed in a realistic manner and they fit what many people would imagine they would be like.  Dave was portrayed as one would expect for a police officer, Maurice Bass and Whitney Taylor as attorneys and Tina Manning as well.  They each were developed well throughout the story.

Pace of the story:
Excellent

Do I recommend?
Yes.  Not only will readers who like legal stories will be engrossed, those who like baseball books or stories on racial issues will enjoy this as well.