If you follow boxing like I do, you have undoubtedly noticed that the title of "Heavyweight Champion of the World" doesn't hold the same prestige as it did as recently as 20 years ago.  The history of the heavyweight championship is captured in this book - here is a short review of "The Boxing Kings" 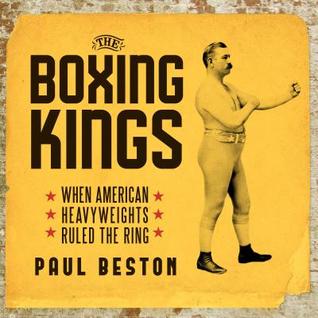 
Review:
For nearly a century, the title "Heavyweight Champion of the World" was not only prestigious in boxing,, but in America as well. This outstanding book on the men that have held the title makes that point and tells the story of how this title has changed, not always for the better.

While the entire history of the title in the 20th century is covered, Beston concentrates on the stories of the most influential or noteworthy boxers who held the title: Jim Jeffries, Jack Johnson, Jack Dempsey, Joe Louis, Rocky Marciano, Muhammad Ali and Mike Tyson. What these men meant not only to boxing, but to American society as well, made for excellent listening. Censes’s masterful narration only added to the enjoyment of this book. It is highly recommended for all boxing fans.