Short review of "Tales from the Miami Hurricanes Sideline"

Even though I am traveling this weekend, it hasn't stopped me from enjoying books.  I found this book on Amazon as an audio book and it was the perfect length - listened to it for almost the entire drive from the Hudson Valley region of New York to Dover, New Hampshire.   Writing this review from a tablet, so not in the usual format, but still giving the book its due, as I enjoyed listening to this collection of tales.  Here is my review. 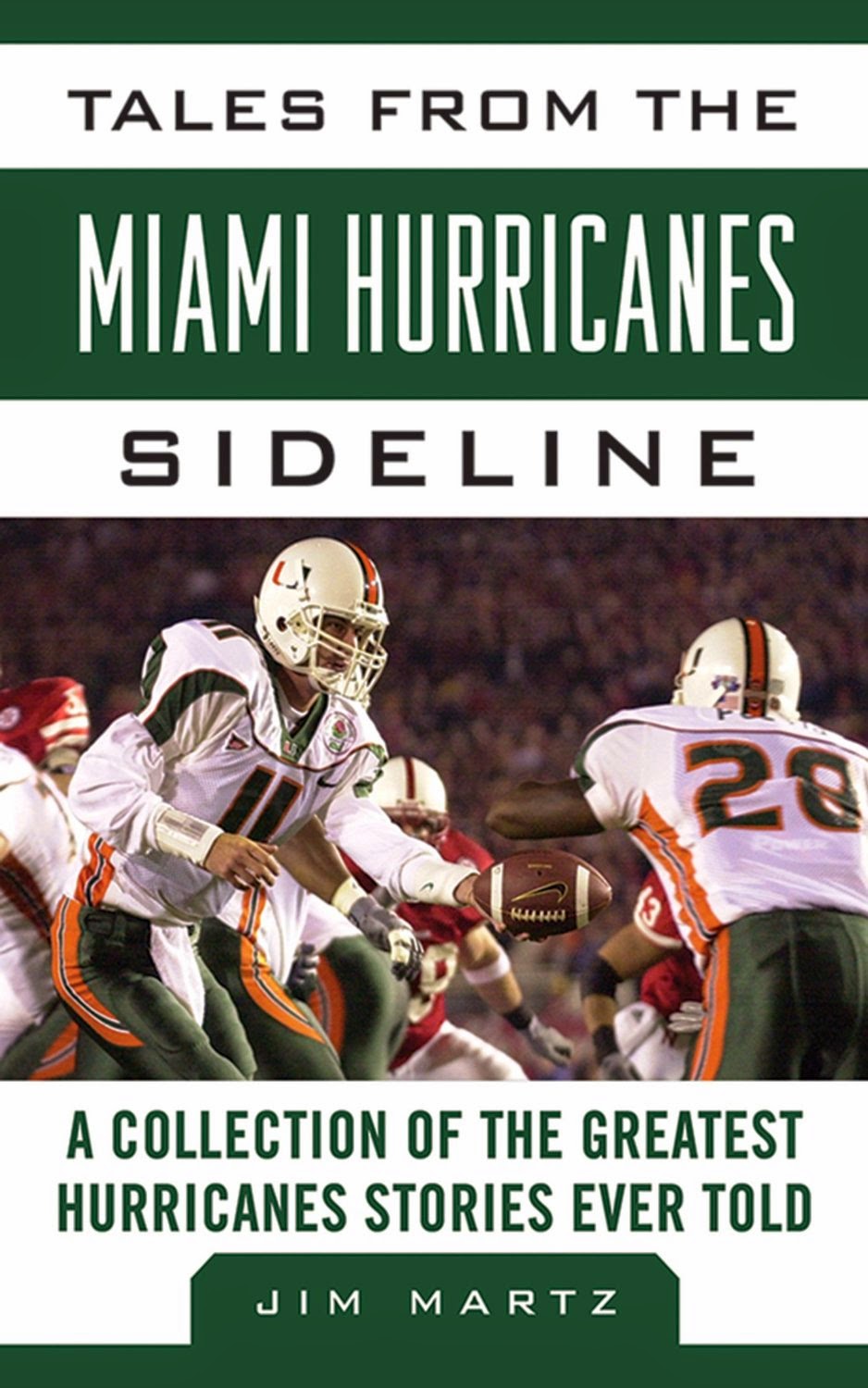 Title/Author:
"Tales from the Miami Hurricanes Sideline: A Collection of the Greatest Hurricanes Stories Ever Told" by Jim Martz, narrated by Ax Norman

Review:
Many college football fans,  including myself, did not pay much attention to this school and it's football team until the early 1980's when coach Howard Schnellenberger led them into prominence topped off by the national championship in the 1983-84 season.  Since then the football program has produced more championships and NFL players than most of storied programs.  This collection of first hand stories by players, coaches and other key personnel in the program is entertaining.  I especially liked the stories told by the man who was the team mascot for many years, especially when he was detained by police officers for holding a fire extinguisher so he could douse the flaming spear of the Florida State mascot.


It should be noted that there are also several good anecdotes about some of the year's before the "U" became the power it is now and some may look back on those times fondly as well.  All in all a decent book for any Hurricanes fan.