Growing up in the 1970's I spent many summer days at the ball park and developed my love of the game.  So when I got the chance to review this book, I jumped on that chance.  Here is my review of "1970s Baseball." 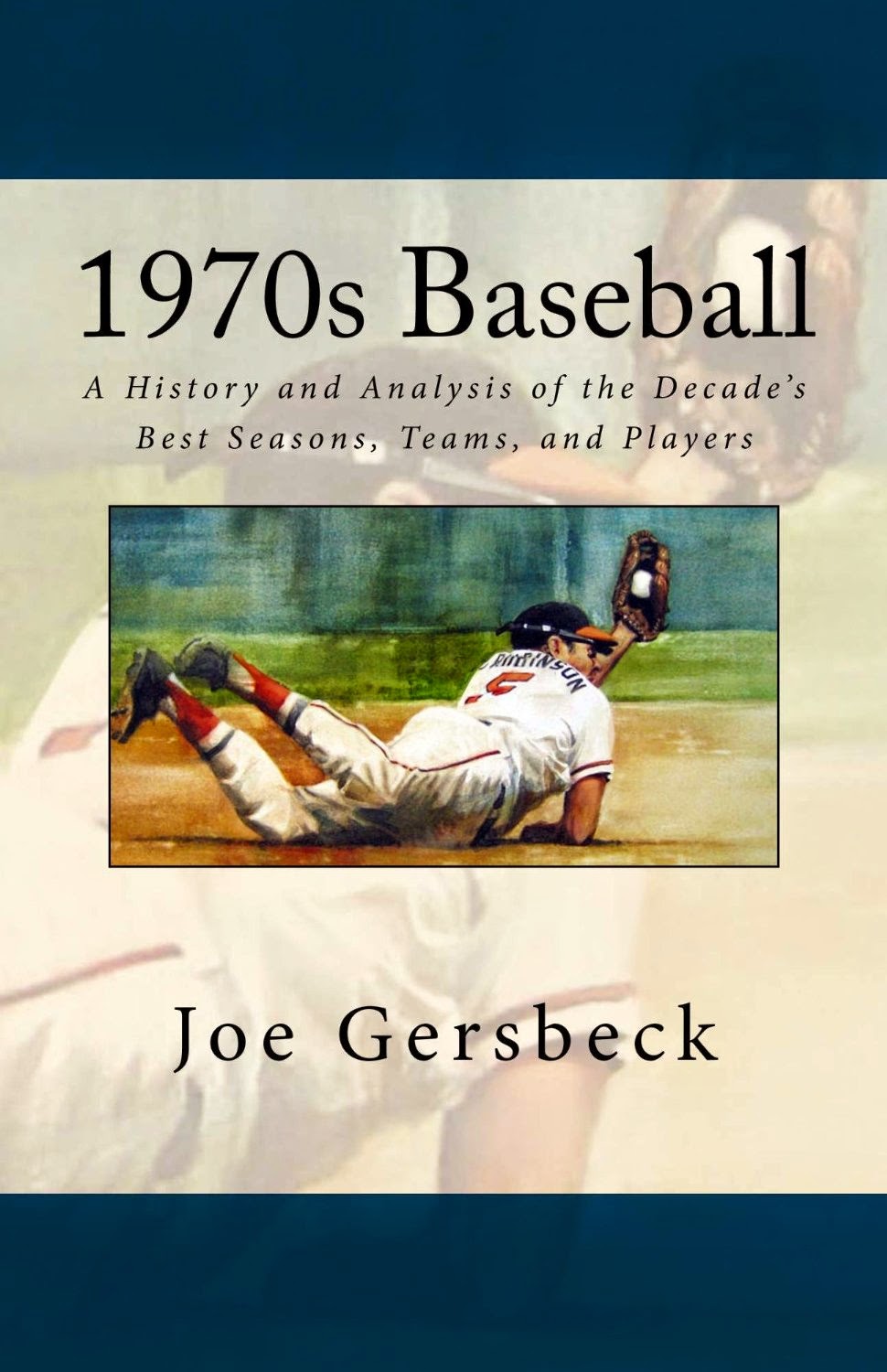 Title/Author:
“1970s Baseball: A History and Analysis of the Decade's Best Seasons, Teams, and Players” by Joe Gersbeck

Review:
As my love for the game of baseball was developed and grew in the decade of the 1970’s I was very intrigued by this book when Mr. Gersbeck offered me a copy to review.  It promised a review of each season in that interesting decade of baseball history and lists of the top players, performances and teams.  On all of those matters, the book delivered on its promise.

The book starts out with a brief summary of each season during the decade and for the most part, all of the highlights and winners are covered. The division winners, playoffs and world Series are all summarized as well as some of the award winners.  While each award is listed later in the book, this was the only negative I found in the book, as the mention of awards was not consistent.  For example, in some years the batting title winner for each league is mentioned, but not every year. I found this inconsistent, but again, since these are listed in tables later in the book, the reader can at least find this information.

The lists of the top teams, players and performers are very interesting.  Of course, any listing of the best or greatest of anything will be subject to debate and questioning, and these are no exception.  I am not going to describe what lists and players where I have disagreements here as that is best left for the reader to make his or her own judgments.  It should be noted that Gersbeck offers statistical and anecdotal evidence to make his case on why players or teams would be ranked where they are.  That makes the lists not only reasonable for debate, but also for interesting reading.

The list I liked best was the ranking of all 26 teams that played in the 1970’s. The reasoning used was solid, and there were a few surprises.  I will just mention that I was pleasantly surprised at where my favorite team, the Minnesota Twins, were ranked in the decade.

This book will not only make good material for those sports bar debates, it will also bring back some great memories for fans and readers who followed the game in the 1970’s.  If you loved your baseball in that decade, you will love this book.

I wish to thank Mr. Gersbeck for providing a copy of the book in exchange for an honest review.

Pace of the book:
Very quick, especially the sections when lists of the top ten players are included.  For a book laden with statistics, it was a surprisingly quick and easy read.

Do I recommend?
If you followed baseball in the decade of the 1970’s then this is a book that you must pick up