It's always nice to walk into your local library and see a book that you have been wanting to read in a long time.  That was the case for me during a recent trip when I saw this book was on the cart waiting to be reshelved.  I checked it out and was glad I did.  Here is my review of "Summer of '68" 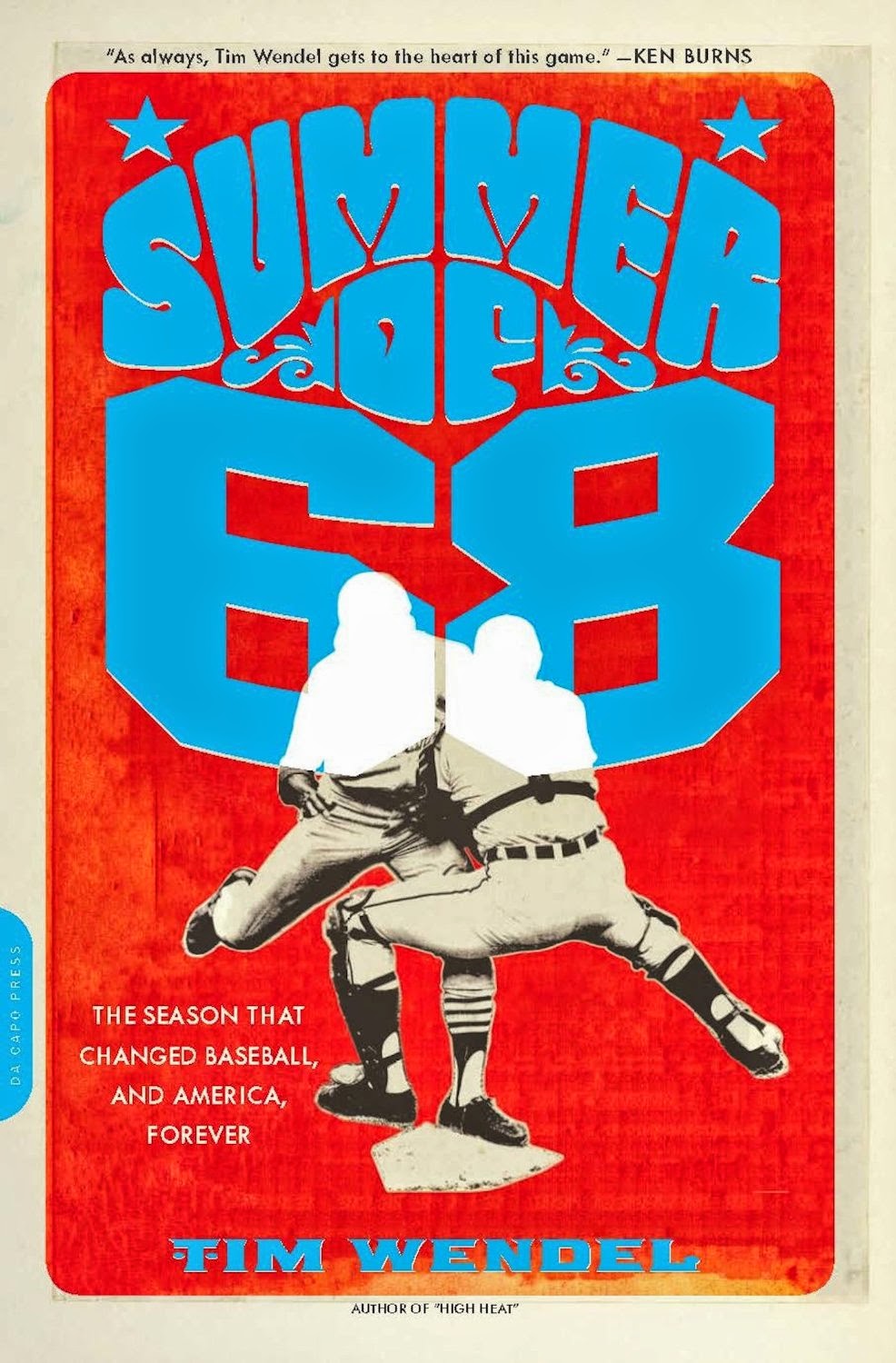 Title/Author:
“Summer of ’68: The Season That Changed Baseball, and America, Forever” by Tim Wendel

Review:
1968 was a tumultuous year in America.  The Vietnam War was becoming unwinnable and many young men were dying in the jungles of that far-off land.   Riots and civil unrest was far too often a staple on the nightly news.  Two prominent leaders were assassinated. Riots marred the Democratic Convention of 1968.  But through it all, the American Pastime of baseball was still being played.  However, even the game that would supposedly take people’s minds off the news for a few hours had its own turbulence that season and was intertwined with some of the news.

This all comes together in this interesting book by Tim Wendel as he collected stories and interviews from many players and managers of that season.  He concentrated on the two teams that would end up playing each other in the World Series, the Detroit Tigers and the St. Louis Cardinals.  It is also fitting that a pitcher on each team would win the Cy Young Award and Most Valuable Player for each league, Bob Gibson of the Cardinals and Denny McClain for the Tigers. After all, 1968 was the “Year of the Pitcher” which is stated many times in the book.  Gibson set the record for the lowest earned run average in the modern era of 1.12 and McClain won 31 games, the last pitcher who has won 30 games.

Of course, other teams were part of the book, but Wendel concentrates on these two and it works out well. Where some of the other teams are mentioned is when there is a major event that took place and baseball was somehow involved.  One such incident was the handling of cancellation or non-cancellation of games following the assassination of Robert Kennedy.   Wendel takes the reader back to the commissioner’s office and the confusion about who can cancel games and who has to play.  Some players and one team, the New York Mets, refuse to play in the aftermath of the tragedy.  One of the players who refused to play, Milt Pappas of the Cincinnati Reds, ended up being traded three days following his refusal.  Events like this are well chronicled in this book.

I found two minor issues with the book.  One was that there were a few typos missed in the editing process.  They didn’t affect my enjoyment of the book too much, but were still noticeable.  The other part that took me by surprise was the amount of words written about football.  This was about the time when football was about to surpass baseball as the most popular spectator sport in American, and the amount of stories written about that game in a baseball book seemed to illustrate that.

Nonetheless, I found this an entertaining and easy-to-read book that any baseball fan interested in the game during that time frame will enjoy.

Did I skim?
No, every story was quite interesting

Pace of the book:
It was a fast moving book with the politics and football talk woven into the baseball stories quite well.

Do I recommend?
All baseball fans who are interested in baseball history during that time will enjoy this recap of that season before major changes took place.